University of Cape Town’s Vice Chancellor Used to Walk 10km to get to School.

Mamokgethi Phakeng was born in a Catholic clinic in Eastwood, Pretoria, on November 1, 1966. Her mother, Wendy, was a domestic and factory worker, while her father Frank was a radio announcer at the SABC.

Incoming Professor Mamokgethi Phakeng and outgoing Vice-Chancellor Professor Max Price and Phakeng addressed the media on Saturday after the university council made a unanimous decision.

Phakeng said she was “humbled” by the appointment.

“My goal is to transform the university while building on its excellence,” said Phakeng.

She said that she had always driven the transformation agenda in academic research.

She did not take her new position lightly. “It’s amazing that my appointment is a possibility. There are so many poor, African people who have walked this journey so that this can be possible. I am honoured to continue this journey.”

Phakeng explained that she had not initially applied for the position. “I wasn’t sure if UCT was ready for me. I’m a bit young, my earrings are too big – I’m too colourful,” she said. “I wasn’t sure if this was the right time. The affirmation of senate was incredibly humbling. I didn’t think I’d get 75% of the vote.”

Mamokgethi Phakeng comes in as a highly respected professor of mathematics and has published over 80 research papers.

She first joined UCT in July 2016 and took over from Professor Danie Visser as the deputy vice-chancellor of research and internationalisation in January 2017. Before moving to UCT, she was vice-principal of research and innovation at the University of South Africa.

She has won numerous awards for her research and community work, including the Order of the Baobab (Silver) conferred on her by the President of South Africa in April 2016. In August 2014 CEO magazine named her the most influential woman academic in Africa and in August 2016 she was awarded the prestigious Businesswoman of the Year Award in the education category.

co-chair a study commissioned by the International Commission on Mathematical Instruction. The study entitled “mathematics and language diversity” completed its work and also published an edited volume.

She is trustee of the FirstRand Foundation and a member of the Board of the CSIR as well as DALRO. She served as President of Convocation of Wits University for five years (from 2011 – 2016), national president of the Association for Mathematics Education of South Africa (AMESA) from 2002 to 2006, founding chairperson of the Board of the South African Mathematics Foundation (SAMF) from 2004 to 2006 and secretary and member of the executive committee of the International Group for the Psychology of Mathematics Education (PME) from 2003 to 2007.

Mamokgethi Phakeng is the founder of the Adopt-a-learner Foundation (www.adopt-a-learner.com), a non-profit organisation that started in 2004 and provides financial and educational support to students from township and rural areas to acquire higher education qualifications.

Adopt-a-Learner runs as a trust and was started by Mamokgethi Phakeng in February 2004 at Thuto-Thebe Middle school, in Ga-Rankuwa. She selected this school as a starting point because it is where she completed her Grade 8 and 9 in 1980. The school currently caters for learners from low socio-economic backgrounds, most of whom are from families in which either one or both of the parents are blind and are either unemployed or working at the local institute for the blind.

The first group of learners who were adopted were selected on the basis of their performance in a mathematics challenge that she gave to them. Since then the number of learners who are receiving sponsorship has grown.

In addition to the formal programmes she runs, Mamokgethi often uses her influence and social capital to empower and connect young people with their peers, or sponsors who can help them get ahead in life. 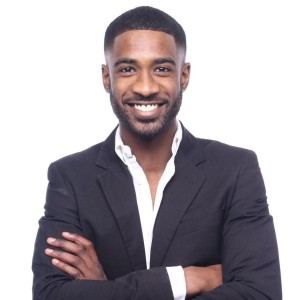 Starting a Career in Law?

My journey as a Black female graduate in South Africa

The Most In-Demand Artificial Intelligence – AI Jobs Around the World

Starting a Career in Law?

My journey as a Black female graduate in South Africa

The Most In-Demand Artificial Intelligence – AI Jobs Around the World